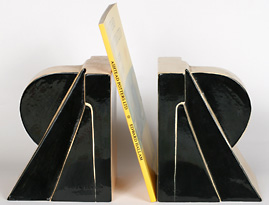 Rhoda Dawson RA was born in 1897, the daughter of the noted Quaker “Arts and Crafts” silversmiths, Nelson and Edith Dawson. In the 1930’s she went to Newfoundland to work for Sir Wilfred Grenfell’s mission, which worked on a similar premise to the Ashtead Potters – “an enterprise to save souls, heal bodies, and employ hands and minds”. During this period she mainly designed hooked mats – a traditional handicraft of the area. She returned to London in 1933 to stage two exhibitions of Newfoundland works in London returning to Canada in 1934. After the Second World War she went to Germany to work helping displaced persons. Later she became the acting curator of the Gunnersbury Park Museum in West London and was also associated with the Horniman Museum in South London. Rhoda Dawson is also known for her watercolours, stained glass and woodcut work. She died in 1992.

An example of a Rhoda Dawson hooked mat. 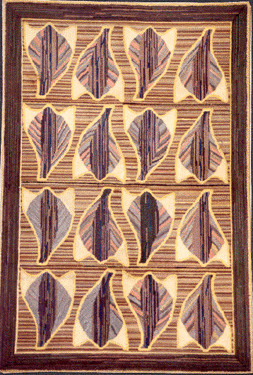 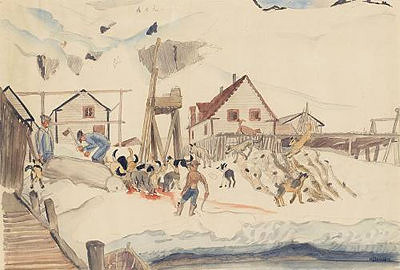 “Feeding the Huskies – Newfoundland” a water colour by Rhoda Dawson.