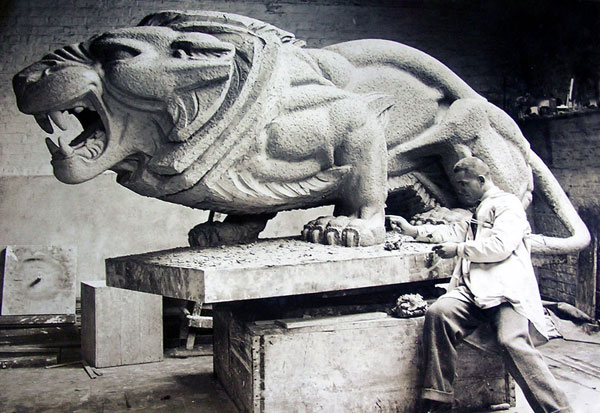 Percy Metcalfe at work in his studio

Percy Metcalfe is primarily known for work in the field of medals, for example, the George Cross and coinage. However, he also produced designs for the theatre, sculptures and architectural pieces, in addition to his works for Ashtead.

Metcalfe’s initial art education was at the Leeds School of Art. In 1914 he won a scholarship to the Royal College of Art in London, but, with the onset of the Great War, he enlisted and went to France to serve in the Royal Field Artillery. Whilst on active service he was badly injured; his leg being shattered. The injury was later to force him to give up sculpture, as he could not stand for long.

In 1923, Sir Lawrence Weaver was appointed to plan and run the British exhibits to be shown at the British Empire Exhibition in the following year. It was decided that two commemorative medals would be produced, one to hold award medals for exhibitors, and the other, a souvenir to be sold to the public. Ten prominent designers were asked to submit designs, but it was Metcalfe’s that impressed the advisory panel. With Weaver’s encouragement Metcalfe was soon asked to produce a symbol fitting of the “modern British Empire” for the “Palace of Industry” at Wembley. The result was the lion seen above, which Metcalfe modelled in his studio at Barnes, south west London. The Ashtead factory reproduced large and small versions of the lion in various glazes. Metcalfe went on to produced many more designs for Ashtead, including, the political character jugs, a Johnnie Walker jug and the Harvest Putti bookends.

If at all possible, it is worth trying to find “The Medal” magazine, issue 49, published Autumn 2006 (ISSN: 0263-7707). This contains an article written by Heather Forrester entitled “The other Percy Metcalfe” which gives a brilliant insight into Percy’s work. Several photographs from this site appeared in the article and I am indebted to Heather for her allowing her text to be used here. 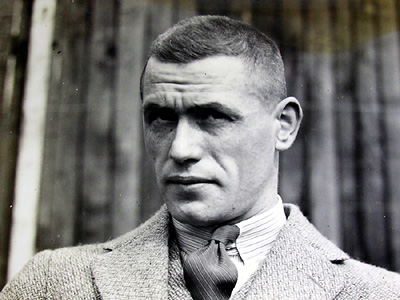